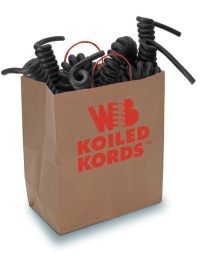 The world is wireless yet coiled cords are everywhere. Even in a wireless environment, power has to come from somewhere—and you cannot transmit power wirelessly because of issues with safety, control, and interference. Moreover, wireless transmissions of data are not truly secure in, for example, military, aviation, or medical environments where secure communications are life saving.

Unlike many other cables and cords, coiled cords: 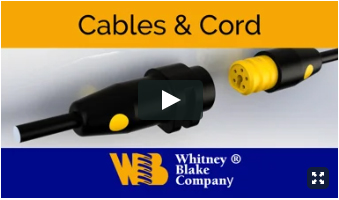 Where Coiled Cords Are Used

Here are six industries among many where you’ll find coiled cords:

How to Specify a Coiled Cord

When you are specifying a coiled cord, you should provide both the retracted and the extended length. There are set ratios between those two lengths which are a matter of physics: pi (3.14159) times the coil diameter. So a single coil with an outside diameter of 5 inches retracted will expand to 15 inches extended. Since each cord has multiple coils, it’s easy to see how a coiled cord could extend over several yards.

With decades of experience creating both standard and custom coiled cords for multiple industries—and as the first commercial supplier of retractable coiled cords—Whitney Blake owns several unique patents for this technology. For example, our Fire-Tuff flexible cables and cords withstand temperatures of more than 500°F, and our Tuff-Seal provides moisture resistant connectors. Do you have an application that would benefit from our expertise in coiled cords? We look forward to hearing from you.