Merry Christmas – Wishing You Continued Success in the New Year 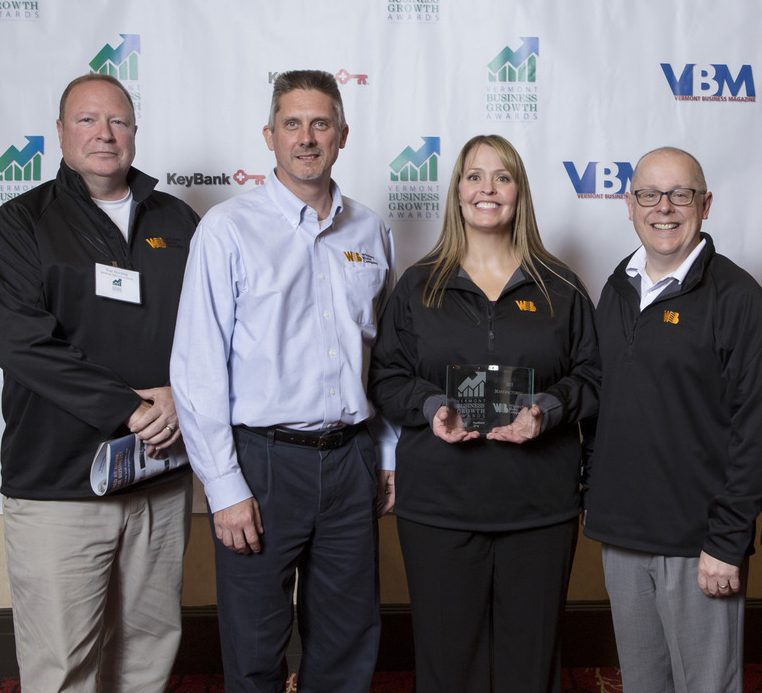 The holidays are a time for gatherings of family and friends, with the excitement of decorating the home, giving and receiving gifts, and sharing memories. And they carry that meaning for Whitney Blake, too. We may be a company, but we are a company of individuals who value each other and our customers. We have the accolades to prove it!

For example, at the September Vermont Business Growth Awards, we were celebrated for growth of 129.8% over the past year, making us the third fastest growing manufacturing company in the state. In addition, Vermont’s Brattleboro Development Credit Corporation (BDCC) honored Whitney Blake’s CEO and President Sheldon Scott with the BDCC Founder’s Award.

“The winner of this award is known for creating value-added jobs and promoting a climate that enhances the economic vitality of the region,” said Chris Hackett, BDCC member and treasurer of the Bellows Falls Area Development Corp. “The winner of this award is a second generation owner of the business, a gentleman who grew up in Bellows Falls. He has guided his business through some tough economic times to today; he is seeing growth and actually has had recent acquisitions.”

In that time, he said, “We have quadrupled the size of our business. We have four locations now, three in the United States, one in Mexico; over 400 employees; revenues pushing $40 million plus and we’re looking over the next five years of probably double that. So we have a lot of jobs coming to Vermont.”

As a company, Whitney Blake achieved those milestones because we listen to our customers and work together to fulfill each customer’s requirements. We appreciate the family and friendships we have built at Whitney Blake and enjoy reaching for—and achieving—new goals.

May the holidays bring you, also, words of praise, love, and support and a glimpse into a future that is all you want it to be.